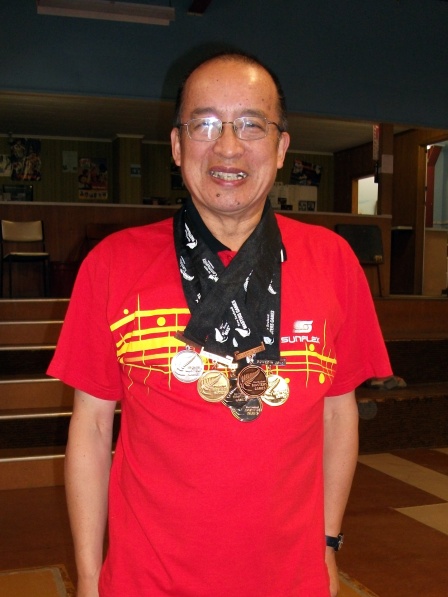 This is the report from Malcolm Wong on his recent trip to the NZ Masters Games. Malcolm won 6 medals on his trip this year.

This multi sports event was held in Dunedin (4-12 February 2012). The table tennis (4-7 February) was held at the Edgar Sports Centre in South Dunedin. The Netball was also held there at the same time which made for a very noisy environment.

The results are published here.

Ngaire Garrett caused the biggest upset when she beat the former NZ Women’s Singles Champion Yvonne Fogarty in the semi finals of the Over 55 Women Singles.

Thanks to the organisers, Stephen Burgess, Graeme Clent and Barrie Kendall for their work in running the tournament.