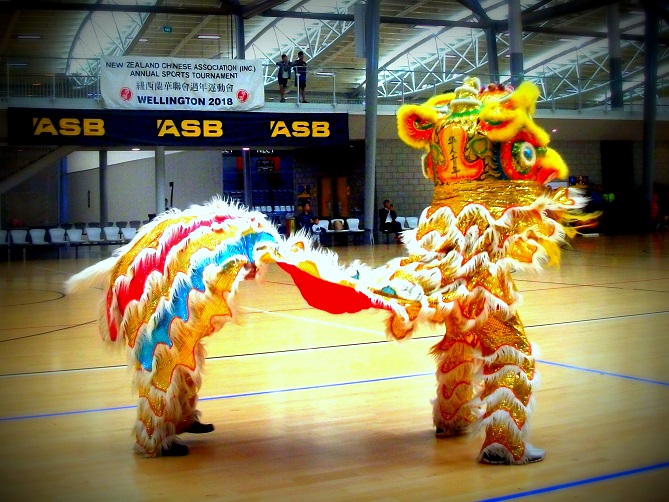 This was the 71st NZ Chinese Sports Tournament which is held in Wellington (30 March – 2 April). The table tennis was held at the ASB Sports Centre in Kilbirnie on Friday afternoon (30 March) from 1pm to 5pm. There were 6 Donic tables from the Newtown Stadium and 2 Hart tables from the ASB Stadium. Robert Chung was the Tournament Controller. Only the Men’s Teams were held as there was not the 3 centres entry required to hold the Women’s and Mixed Teams. Wellington won the overall Trophy with 23 points (13 official) from Auckland 7 points (4 official).

Thanks to the organisers, Robert Chung, Malcolm Wong and Lisa Yue. Also thanks to Martin Young who transported barriers and flip charts from the Empire Club. There were 6 tables, barriers, flip charts and stands for the flip charts from the Newtown Stadium. Members from the Tournament Committee with Robert Chung and Malcolm Wong were involved in setting up the table tennis area on Thursday night (29 March). These people with Martin Young helped to dismantle the area at the end of the tournament.

First Round Consolation (Round Robin)