The Open Singles was held in the morning. In a repeat of last years final, Catherine Zhou won 3-0 against Robert Chung. Catherine was too strong for all the other men in the field and won all her matches relatively comfortably to claim the title. 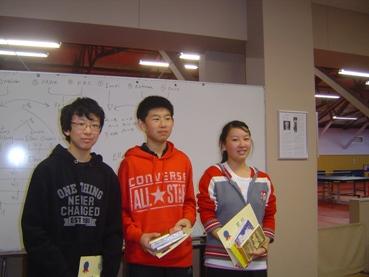 A big thank you to the Wellington New Chinese Friendship Association and the very hospitable organisers for holding this tournament.  An enjoyable day of table tennis was had by all!