On Thursday September 15 twenty five people came along to the Wellington Table Tennis Stadium in Newtown for a first ever special evening of table tennis that started more casually with ladder-style table tennis where it seemed everyone pretty much got to play everyone else, rotating up or down tables as skill or fate led them.

Once everyone got settled into one side of the hall of the other then we reversed the direction to mix it up all over again, heading to the opposite end of the hall!

Most people who came along are already connected to table tennis through the Table Tennis in Wellington meetup and via table tennis at the Korean Community Centre on Tuesdays.  Some players had played at a high level before with most at an interclub division 2 level and a few who would be at home in division 1.

Later on we rounded up those who wanted to enter a more ‘serious’ style knockout competition to come up with a winner and also a plate (consolation) knockout event for those knocked out in the first round.  The others continued to play free style on the remaining tables.

All throughout we had a very friendly atmosphere with games played in good spirits and sportsmanship even with a competitive edge especially during the knockout phases!  For many it was a level of competition that might have been new to them and I think many would have surprised themselves with the play they were able to achieve, all while having fun and would have learned a great deal.

Also people coming along got a bit of a glimpse into table tennis in Wellington as a whole with interclub, tournaments, & business class competitions being potential pathways for those who are interested in those directions.  Most importantly though this kind of event should primarily evolve and grow in a way to meet the needs of social players in Wellington.

Thanks to Ilkka Havukkala and those in the meetup group for helping make this event happen and a special thanks to everyone who came and made this such a fun event! 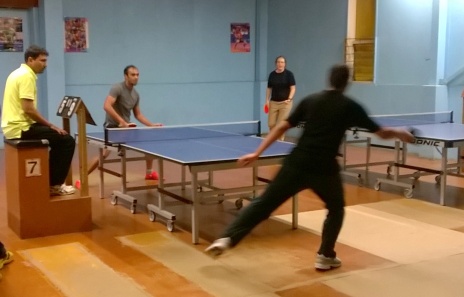 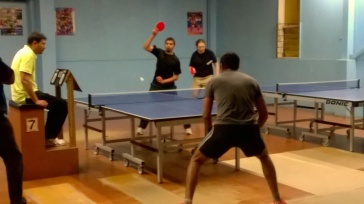 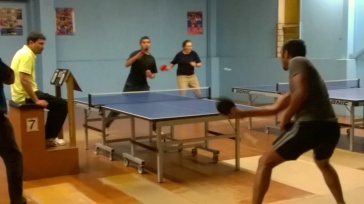