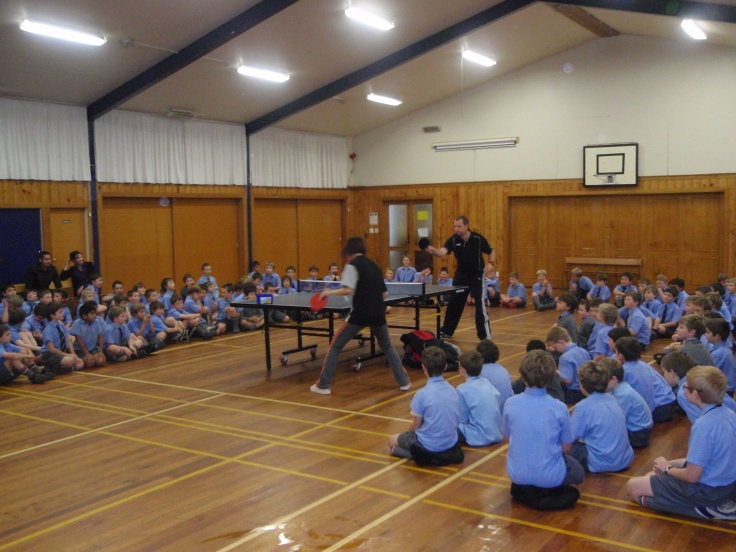 Wellesley School were the Wellington region Intermediate boys champions in 2009 and won the central zone inter primary schools competition earlier this year. Obviously this is not a co-incidence. Organised by Mr Darren Houston and Mr Murray Blanford the school are currently half way through a knock out competition. There are a 128 players taking part. Regular practise sessions take part on the schools three tables.  Organised by Mr Darren Houston on Friday 21 May, TTW Coach Andrew Hubbard and former Chinese provincial player Catherine Zhou carried out a demonstration at the school. Plans to return to provide coaching sessions were made and certainly Wellesley will be a school to watch out for again at this years championship .