In the Under 19 A Grade Girls Teams, Hutt Valley (Tracey McLauchlan, Melissa Beazer, Belinda Beazer and Aroha Tam – all Waterloo) won all their matches. They beat Auckland in the final 5-2. 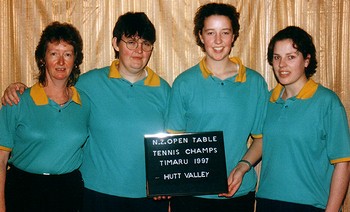 In 1975 The Hutt Valley Men’s Team (Gary Murphy, Terry Murphy, Hone Ridley, Murray Borlase) won the NZ Men’s A Grade Teams (Kean Challenge Shield) for the first and only time in Christchurch. In a round robin (6 teams) they had 4 wins and 1 loss which was the same as Franklin. As Hutt Valley had beaten Franklin they won the A Grade.

Information for this report came from the 1997 Hutt Valley Table Tennis Association Annual Report, 1975 and 1999 TTNZ Annual Report and the TTNZ Website.

We are pleased to announce the:

This will be held at the Empire Table Tennis Stadium.

Thanks also to Pub Charity and TTSports

In the selected NZ Test Teams vs. Australia we had:

Well done to the above and to all the Wellington players who attended!

From Wellington we have Anna Wilson selected by TTNZ – congratulations from all of us to Anna!

The 2019 ITTF-Oceania Hopes (Under 12) Week was held in April in Waikato with local boy Yufeng Wang selected to attend after qualifying in the New Zealand Hopes Open held in Christchurch in January.  The young players attend a week long camp headed by Eva Jeler, one of the most decorated coaches in the world. 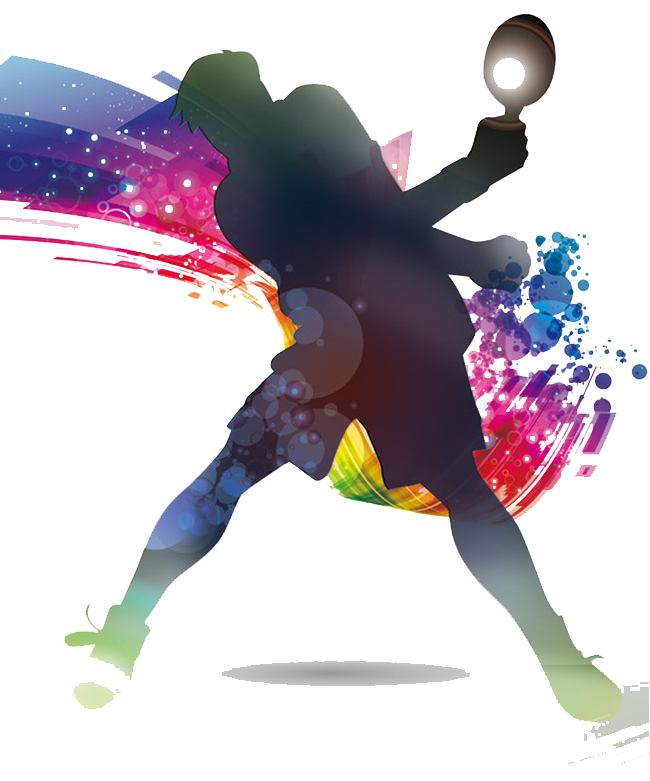 We are pleased to announce the first Junior Development Tournament of 2019 with the assistance of Pub Charity.

This will be on Sunday June 16 at the Empire Table Tennis Club, Marine Parade, Petone. Enter by noon Saturday June 15 (see how).

Players should arrive at least 15 minutes prior to the starting time and report to the Tournament Manager’s desk. Do not wear white or especially light coloured clothing and wear correct sports clothing & non marking sports shoes.

Refer to the form for more details!

Remember to keep checking the Table Tennis Wellington Facebook group for even more of the goings on in Wellington especially all the news on the NZ Univerity Champs held recently in Wellington up there with piles of pictures and video uploaded by Rob! 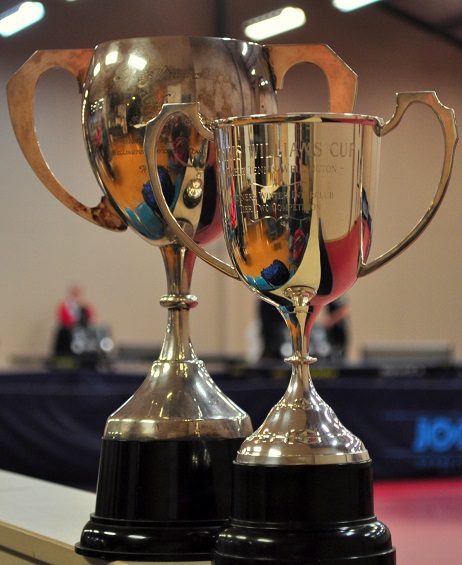 Series One of Winter Interclub finished with intriguing nights for the Premier and Division One grades.

On Tuesday, the Brian Hearfield Cup for winning Premier One went to the UwU team of Hui-Ling Vong and James Harter, despite their 3-2 loss to the Dreamers. UwU only needed to win one match to clinch the title. Tarantulas and Dreamers were tied on points and matches won for second and a count back on sets showed tarantulas ahead with 41 sets won and 32 sets lost compared to Dreamers who had 37 sets both won and lost.

Wednesday saw the eagerly anticipated rematch of the previous week between Empire Enigmas and Titan Target, playing off this week in the final for the Chris Williams Cup. If a week is a long time in politics, the same can now be said about table tennis. Titan Target reversed last week’s 3-8 loss by winning 7-4. Incredibly, despite all six players being the same both weeks, the result of six matches (including two doubles) changed from the previous encounter. Hugo Yick, Tom Christie and Yufeng Wang played all eight weeks and deserved their win on the night.

Also on Tuesday Division Two had their grade championships with eight players entering. Hirotake Watanabe came out the winner from Ben Riddell, who also showed good form on the night. Peter Lowe beat Aaron Lan in the 3-4 playoff, while Maggie Dyer won the consolation event.

Next week sees the opportunities for Premier and Division One players who played this season to play in their grade championships. Be there before 7.00 pm to register.

Here are the rules for winter interclub.

Lisa Yue has been confirmed by TTNZ for the 2019 World Individual Championships! This is being held in Budapest, Hungary from April 21-28.

“This is going to be the biggest World Table Tennis Championships ever in the history of Hungary. In numbers, it means that more than half a billion people will watch the games on TV worldwide. Around one hundred colleagues are working on the event right now to reach one goal: organise another great event with huge success in Hungary.”
– Roland Nátrán, President of Hungarian Table Tennis Federation

If you happen to be passing through Hungary around that time get some tickets otherwise we can keep up to date with the results online!

You might know we have been running various junior training sessions and for Term 1 in particular is a new Thursdays beginner section from 7-8pm at Empire.

Please forward this to anyone you know who is or has a junior with a gap on Thursdays!

A small, but competitive group of players competed in the 2019 TTW Veterans Tournament. Only Over 40 and Over 50 events were held as insufficient entries were received in the over 60 and 70 age groups.  Here are the results of the finals: